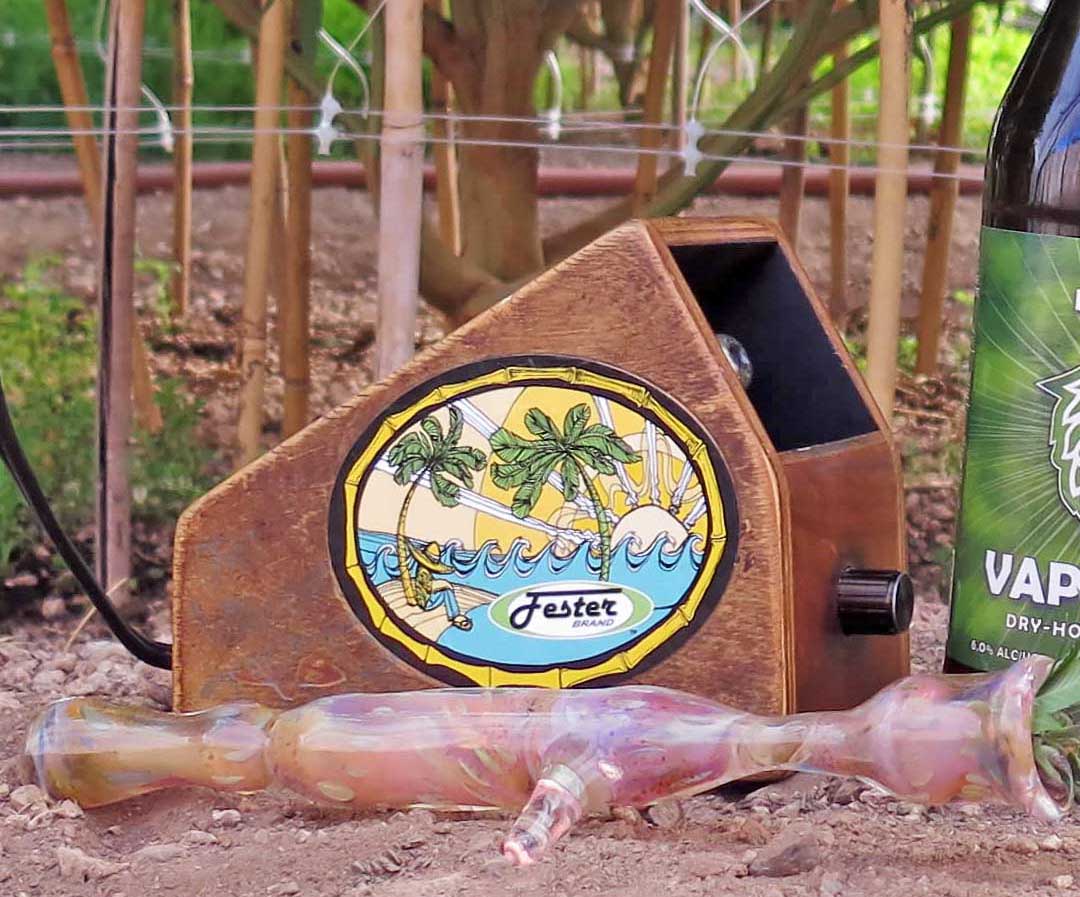 Given the perception of vaping these days, I just want to clear up any misconceptions people have about my name and what it stands for. I got the nickname back in 2005, at a poker game in Oregon, to which I’d brought my old-school brown box vaporizer from Vapor Brothers that was only used to vape real weed, or in today’s lingo, flower. No extracts, no nasty propylene glycol, none of that cracked out shit. Just the all natural herb in its pure and raw plant form. I’d been exclusively vaping (as opposed to smoking joints or bong hits) for about a year at that point, because I just couldn’t stand the taste or smell of burnt weed any longer. Have you ever smelled a used bong or a pipe? They smell gross, disgusting. All that black resin? That stuff smells and tastes horrible, and I didn’t want my body smelling like that inside, so I switched to vaping. Not only did it taste way better and it was way healthier for you, the glass piece I use to vape with to this day never smells like anything other than toasted popcorn.

Anyway, as I was leaving the poker game, the person whose house the game had been at asked for my number and said “I’m putting you in my phone as Vapor”. That was all it took, as my contact was then shared with other people and suddenly I was in everyone’s phones as Vapor. I personally didn’t own a cell phone at that time, and it would be twelve more years before I did, so it was ironic that the number associated with my name was actually a landline.

From there my nickname became one of several. Vapor, Vape, VaporDave, or VapeDave. I didn’t ask anyone to call me these names, they just started doing it. So, I went with the flow, obtaining the .com for the domain vapordave, and starting a cannabis branding freelance career under my new name. Having created the original Jerome Baker Designs (JBD) logo back in 1996, I already had an internationally famous iconic cannabis brand under my belt, so it was a natural progression.

Going with the flow continued when I bought my new VW TDI Golf Sportwagen back in 2017, the last diesel Volkswagen would ever make for the American market. The saleswoman at the dealership, who was basically a six-feet tall gorgeous model in black leather pants and a white blouse, asked me about the meaning of my email address on my application form which had my vapordave name. I hesitated, not wanting to tell her the origin story, and then she said “cuz I have some weed, we should go vape in your new car”. I couldn’t believe it, and it just goes to show you can never tell who’s a weed smoker just by looking at them. We went to my new car in the lot, a station wagon, and I felt a bit emasculated when she went to her car on the way to retrieve the weed, a Mustang with the engine sticking out of the hood and styled out like a true muscle car.

After vaping and coming back inside to complete the paperwork, she suggested I get the vanity plate VAPOR. I laughed, assuming there’d be no way that license plate would still be available in 2017. However, she busted out the application form for the DMV and I filled it out, thinking there’s absolutely no way I’m getting this license plate, but then a few weeks later I got a letter in the mail from the DMV saying it was available and they were going to ship it to me, which they did.

The year after that, in 2018, I was at the International Cannabis Business Conference (ICBC) in Berlin when I ran into the founder of the Volcano vaporizer, Jürgen Bickel. I was cruising the exhibitor area the night before the conference, as I was at that time the Creative Director for ICBC. I passed by the Storz and Bickel booth and talked with Jürgen for a bit, and he gave me his business card so I reached in my pocket and gave him my ICBC business card. He saw my name on the card as VaporDave and asked about it, so I told him the story I just told you, and he reached under his booth and brought out a brand new Mighty Medic portable vaporizer (retail price $375USD) and said “you should have this”. I was like, fuck yeah I should, and thanked him profusely, not telling him that I literally had one in my backpack already from a guy who worked for Vice magazine that had loaned it to me upstairs in the penthouse suite only a few hours earlier. I then decided I wouldn’t tell the guy who had loaned me his Mighty Medic that I had just gotten a brand new one, cuz then I’d have to give his back, and I wanted to take my new one through US Customs brand new with no THC anywhere on it.

It’s events like these that tell you you’re on the right path. And my path is to continue to create the most iconic branding for the cannabis industry.